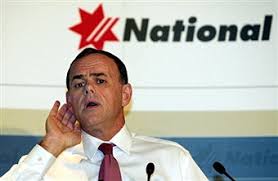 Mr Cicutto, an employee of Australia’s biggest bank for 37 years, said a week ago he planned to complete a three-year extension to his contract, signed last October.

No reason was given for his change of mind.

“I regret the decision was necessary but I believe it is in the best interests of the bank,” Mr Cicutto said in a statement.

Mr Cicutto has not held a press conference on the currency trading furore since it surfaced on January 13.

He will collect $3.27 million on his way out, including a payment in lieu of six months notice, and forgo $1.293 million worth of shares.

The 53-year-old Italian immigrant’s future – and credibility – had been in serious doubt since the bank revealed it suspended four currency options dealers over unauthorised trades dating back to October.

The bank has said it expects $360 million in pre-tax losses from the trades, and promised to publish findings from a full-scale independent investigation into its risk controls later this month.

Investors sent the bank’s shares as much as two per cent higher to be up 46 cents at $31.02 by midday today.

More than $200 million worth of NAB shares were pumped through the market, representing about one-fifth of all trades by dollar value.

“I’d be very surprised if it was to stop there.”

Investors would also be heartened by comments from NAB chairman Charles Allen that the bank was now seeking directors with financial services experience, he said.

The bank had faced widespread criticism for having too few directors – and no independent directors – with direct banking experience.

“The market was basically baying for blood at some sort of senior level of the bank.”

Others have suggested the independent investigation, by PriceWaterhouseCoopers (PwC), could show Mr Cicutto was more closely connected to the scandal than first thought, given his position on the bank’s risk committee.

The Australian Shareholders Association backed the leadership change, but stepped up its call for more information from the bank.

“It would seem, after Frank saying that he wanted to stay on, that he was pushed,” ASA director Cliff Caldwell said.

“It would seem that things are more serious than we thought, or maybe the board felt that Frank Cicutto’s work in actually investigating the problems was defective.

“Maybe Frank’s culpability is greater than we thought. We need more input from the bank. We need greater understanding.”

Mr Caldwell described Mr Cicutto’s termination payment as “reasonable” given the size of the company and the length of Mr Cicutto’s employment there.

“He came to me at the end of the week” to hand in his resignation, said Mr Allen.

Mr Cicutto had presided over several high profile corporate mishaps since he stepped up to the top job five years ago.

Most costly was the $4 billion writedown on United States mortgage business HomeSide in 2000/01.

Last year, he led the bank through an ambitious plan to buy 15 per cent of troubled fund manager AMP. It walked away with less than five per cent.

In particular, they said his experience in the UK banking industry would help revitalise its lacklustre European operation.

“I think John Stewart actually seems more committed to it than perhaps (another) CEO might have been,” Mr Johnson said.

“He’s got a good track record of turning businesses around. Market likes him. I think it will be well received.”

Frank Cicutto, who rose from branch employee to be National Australia Bank’s chief executive, has resigned over the $360 million foreign exchange trading scandal and walked away with a $14 million payout.

His replacement is Scotsman John Stewart, Mr Cicutto’s “good friend” who has worked for the National for only six months and whose banking experience is limited to Great Britain.

Mr Stewart yesterday promised to restore pride and morale to the battered bank, Australia’s largest, worth $47 billion. He will move from London to Melbourne to take up the position, in the process becoming the first non-Australian chief executive in the National’s 146-year history.

Investors were happy about Mr Cicutto’s resignation and pushed the National’s shares 46 cents higher to $31.02 yesterday, the highest at which the shares have traded since October.

However, criticism continued from some of the bank’s largest shareholders, charging that the board lacked banking experience, that it should take responsibility for the scandal and that several directors, including chairman Charles Allen, should leave.

Mr Allen declined to say whether he would resign in the wake of the currency trading scandal, which has cost more than $360 million to date.

He defended the board’s banking expertise, saying many of the National’s directors had experience “of one kind or another” with the foreign exchange options that caused the problems.

Prime Minister John Howard yesterday said Mr Cicutto’s resignation was a matter for NAB, its board and shareholders.

“He’s obviously decided that that is the correct thing to do and I certainly wouldn’t criticise it,” Mr Howard said.

Labor said the resignation was welcome news for the bank’s shareholders and employees.

However, the party will move to amend corporate law to give shareholders a say on the size of “golden handshakes” to rein in executive payouts.

“It is a payout beyond the dreams of most people and I am sure they would be shocked to think that 30 per cent of it is tax deductible for the National Australia Bank and they are effectively subsiding this payment,” Mr McMullan said on Sky.

The outspoken managing director of fund manager 452 Capital, Peter Morgan, said he remained concerned about financial services companies that had “independent directors on boards that have no or no apparent experience in banking or sophisticated investment devices such as derivatives”.

Deutsche Asset Management fund manager Shawn Burns said: “I think the board needs to be shaken up. It is a bit of a soft touch.”

Argo Investments managing director Robert Patterson said: “We wouldn’t be surprised to see changes to the board”.

Mr Allen said Mr Cicutto made his decision to resign last Friday, three weeks into the controversy that began when the bank discovered four of its dealers had, without authorisation, traded foreign exchange options covering 22,000 contracts. The traders, who remain suspended with full pay, are also alleged to have created fake trades to cover up the losses.

Mr Allen said the National’s board accepted Mr Cicutto’s resignation on Friday and appointed Mr Stewart as his replacement the next day.

He described Mr Cicutto as one of the finest bankers in Australia, who loved the National so much that he felt it was his duty to resign once investors had lost confidence in his ability.

Despite their friendship, Mr Stewart yesterday criticised the timing of Mr Cicutto’s resignation. “Frank loved this company and I say that in the present tense and not in the past tense,” Mr Stewart said.

“(However) I think that even though he felt that way, I don’t think his timing was right.”